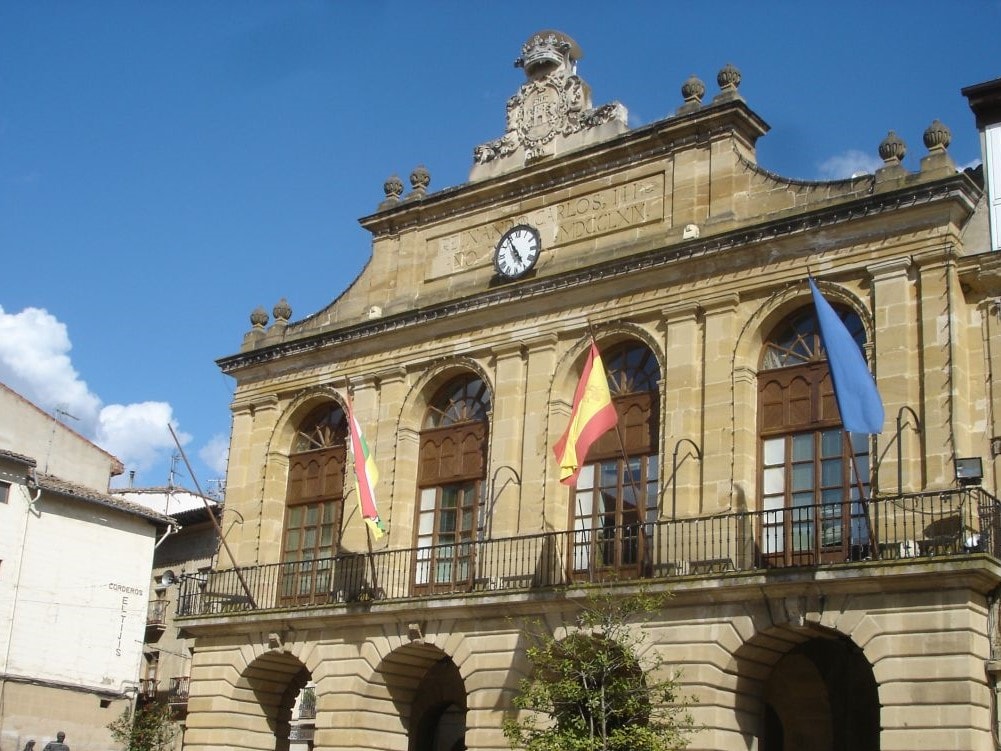 Doubtless one of the reference buildings of Haro, considered the city’s most important and best preserved civil work.
It was constructed at the time of King CarlosIII, known as the mason king. Initially designed by José de Ituño in 1768, it was modified considerably by Ventura Rodríguez. The architect was Francisco Alejo Arangurenen and master builder was city resident Pedro Zaldibe.
The baroque coat of arms of the city figures on its ashlar masonry stone façade alongside an inscription with the legend "In the Reign of Charles III / Year 1769). The clock that crowns the façade was installed in 1857.