A mixture of styles 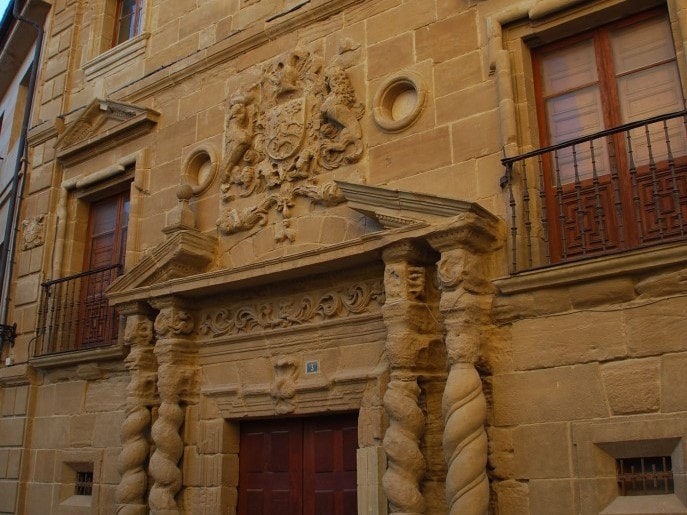 This three-floor palace alongside the Saint Thomas parish church is a mixture of styles between early Renaissance, characterised by great ornamental sobriety, later evolving to the more decorative and ornate baroque. The transition from late 16th to early 17th century can be clearly seen.
As architectural highlights we have the portal facade with mixtilinear mouldings, dual Solomonic columns and broken pediment and ball and pyramid acroteria, in the style of El Escorial. We can also see floral motifs and fantastic figures such as gargoyles in the eaves and elaborate coats of arms and medallions.
It was rebuilt in 1959 and restored in 2006.