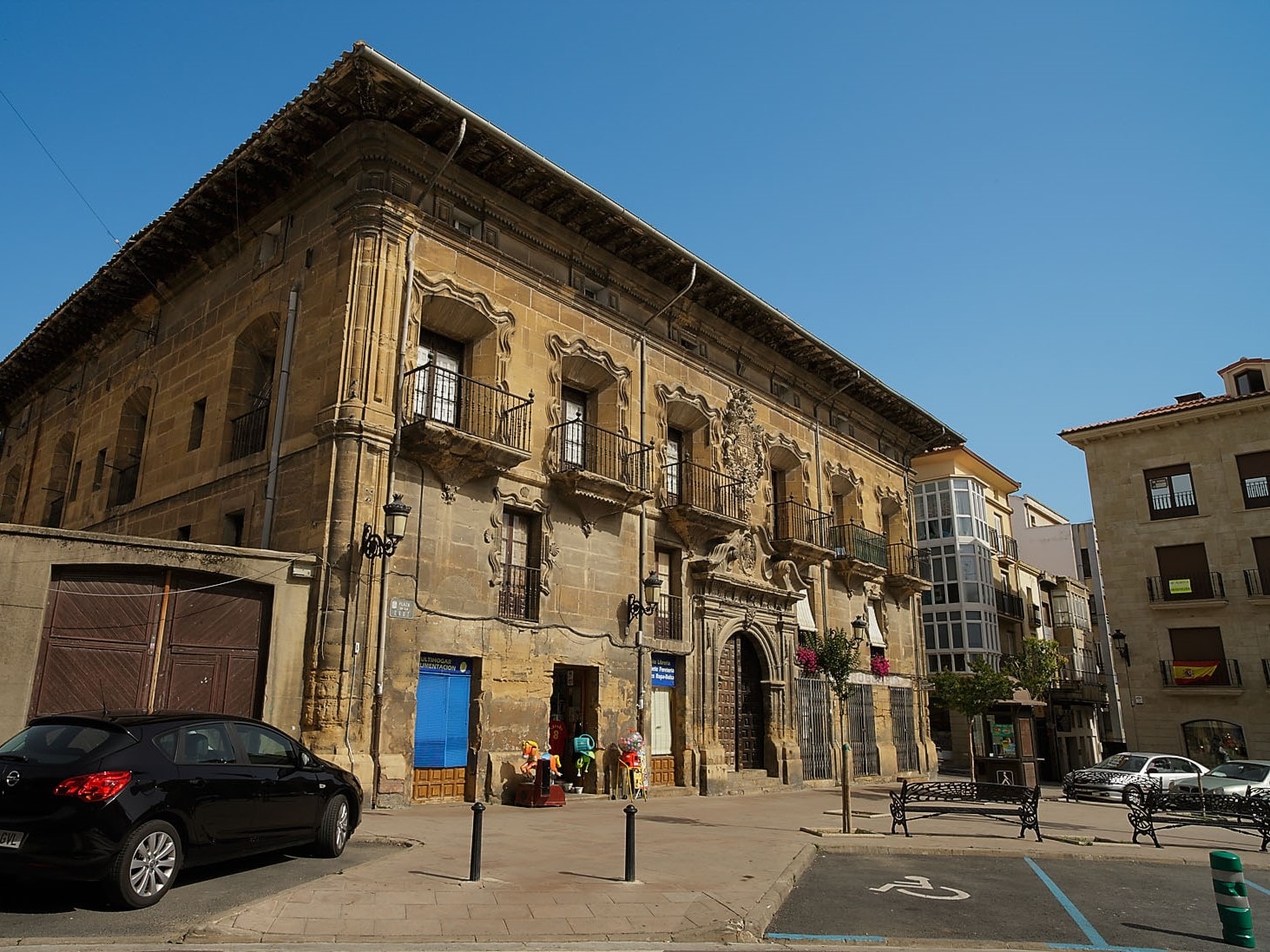 Also known as Palace of the Jaimist Circle in memory of the political party formerly based there.
The square plan building consists of three floors and an upper level. It has a half point entrance way and on the second floor the facade has six large balconies with mixtilinear and undulating decoration. We can also appreciate the enormous dimensions of the nobiliary sculpture in relation to the highly ornate, baroque style building. The building culminates in a cornice with carved modillions and corbels in the eaves.
Its construction date is estimated as mid 18th century, in view of its great similarity to theTejada Palace, in Lucrecia Arana street, dated 1733.