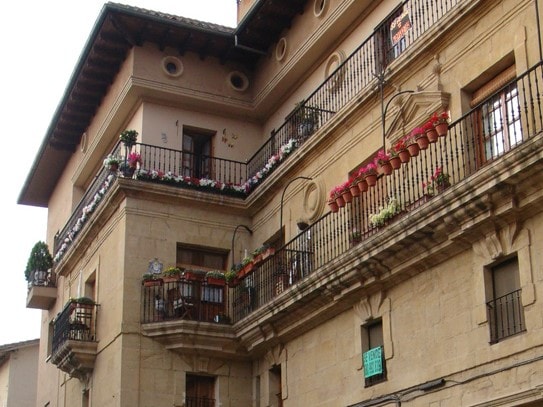 Baroque 18th century palace near the Plaza de la Paz. A change of style can easily be seen in the facade since it is cleaner looking than other buildings of the same era.
The most outstanding feature of this facade is the portal with entablature on Tuscan pilasters and the date 1924 on the doorway frame. In the centre of the façade we can see the moulded pediment on corbels. The eaves feature carved baroque corbels, a detail also used in other palaces in the area.
It was restored privately in 1993 and is currently used as private dwellings; the top floor was added during the restoration.