Among Plateresque and Herreriano 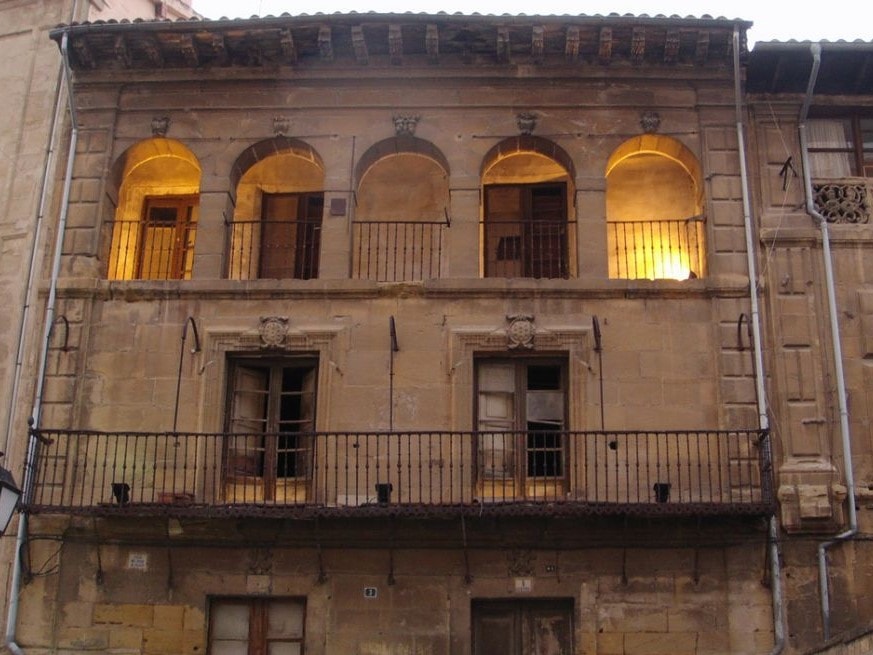 Nighteenth century palace declared Patrimony of Cultural Interest in 2002 facing onto two streets, la Paz #4 and Siervas de Jesús street, 3. It is constructed in Renaissance ashlar masonry stone. The transition from Plateresque style to Herreran can be seen. It is a clear blend of a wealth of decoration with purism and sobriety. If we compare the two façades we see a diversity of ornamental and architectural elements in both of them.
Facade at Paz street, 4: portal with pilasters, half point arches, the Salazar coat of arms and plant motifs in the decoration. Mixtilinear mouldings and broken frame windows, double cornice and carved corbels.
Facade at Siervas de Jesús street, 3 (current access): bolstered pilasters, lintelled doors. Bays supported on continuous corbel. Gallery on the second floor.