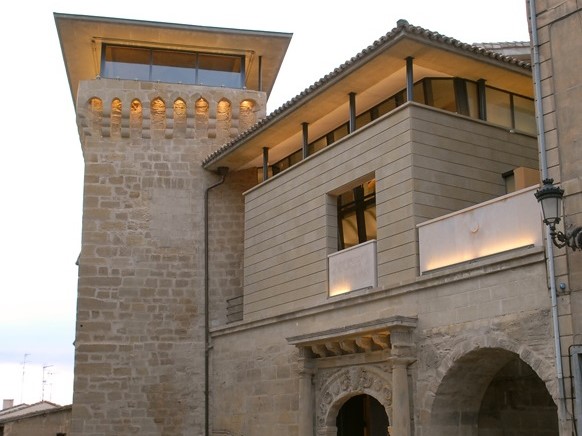 The building currently housing the "Torreon Museum" is the only remaining vestige of the fortified walls that defended the town of Haro as of the 12th century. Known as the "Prisoners’ Tower", it was abandoned in the 15th century, falling into private hands for several centuries.
This space, recovered and reinvented as a section of the Museum of La Rioja, is home to the collection of Contemporary Art by artists from among our community who have achieved recognition from several institutions.