Chozo and Necrópolis of Perdigón

Chozo and Necrópolis of Perdigón 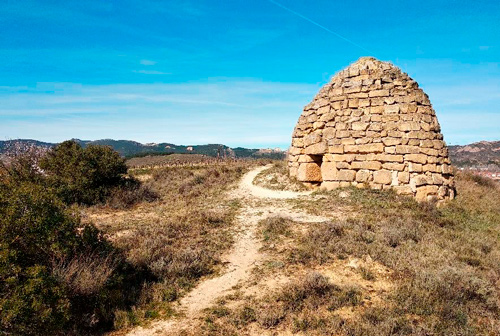 Chozo or guardaviñas (vineyards guard) is a simple field construction typical of the area since the 19th century. These stone constructions have a solid base with a truncated cone shape without mortar. Its main function was to offer refuge to the vintners who worked in the nearby vineyards.

Near the chozo, on a limestone rock platform, there is the medieval necrópolis of “Perdigón”, a repopulation necrópolis formed by aprroximately five tombs, which make up a small group compared to other similar ones such as that of “Santa María de la Piscina” (Peciña, La Rioja).

Necropolises of this type were very common between the 10th and the 14th centuries AD, the tombs are anthropomorphic and there were coverd with a stone slab. They are of various sizes, both for adult and younger individuals.
References: De Boüard, Michel; Riu, Manuel; I Castanyer, Inmaculada Ollich. Manual de arqueología medieval: de la prospección a la historia. Teide, 1997. https://vinosybodegasderioja.com/enoturismo/que-son-chozos-guardavinas/ 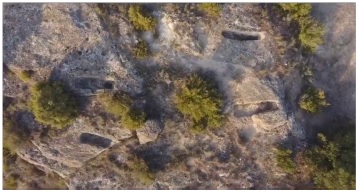