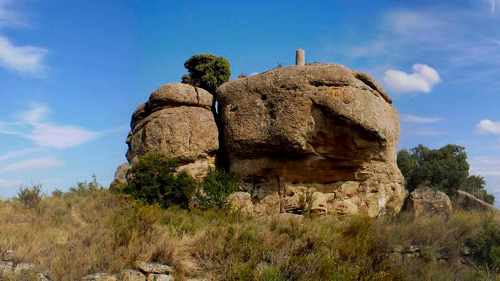 At the top of one of the hills that define the topography of the Hondon meander, there is a solitary rock surrounded by vineyards, it is called Peña Redonda.

It is believed that it could have been used in antiquity as a ritual temple by one of the Celtiberian peoples who inhabited the area, specifically the Berones, Vascones or Pelendones, among others.  Although no archaeological studies have been conducted as such, some amateur studies, although not conclusive, can serve as a guide to point out this natural accident as a posible sanctuary, some of the evidences are: